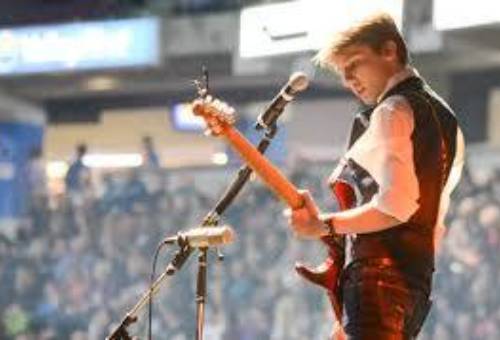 From his early beginnings at the age of 5, Beamer Wigley knew his destiny when he first saw Keith Urban in the video “Start A Band” with Brad Paisley. He turned to his Mom and said “I want to learn to play guitar. I want to be just like Keith Urban”. So he got his first guitar and started lessons.

He wrote his first song at the age of 7, and that same year started singing and playing guitar, wowing audiences everywhere he went. From events at Vancouver's PNE Star Showdown to recognition from some major Canadian Country Music artists for whom he got the opening slot, including 3 times each for both George Canyon and Brett Kissel, as well as Aaron Pritchett. He also got to open for Dwight Yoakam in 2018, was part of the Western Canadian Tour of U.S. artist Granger Smith.

Beamer has been writing steadily both on his own and down in Nashville, spending over 2 years with legendary songwriter Keith Follese and his wife Adrienne. On July 6th, 2018, he released third new single “Roller Coaster”, which they co-wrote together, and in September Keith took over the management of his Beamers career from Nashville. A new 6 song EP is being recorded in October with an anticipated single release in Feb. 2019.